Through an artist’s lens 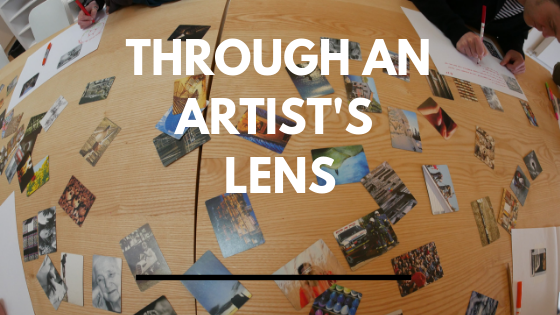 Written by – Lisa Baxter, The Experience Business in Jan 2018

I don’t think I’m alone in saying that, after many years working in the arts and cultural sector in a professional and consultative capacity, I had never once had the opportunity to sit down with artists and really understand the ‘mysterious’ process that culminates in the production of art.
In fact, I’d go so far as to say that artists have always been something of an enigma to me. Respected and admired, yes, but in an unknowing, awe-struck, ‘how do they do that’ kind of way. So, when we gathered at the BRAW residency, I listened intently to the artists share their impetus for and processes behind their work.

Heather is a straight-talking Leith woman with an energy and passion that is palpable. Whilst her work, as leader of theatre company Creative Electric, is informed by her personal experience of mental health, her approach is unashamedly people-centred. Heather relishes interacting with the public in the making and sharing of accessible socio-political theatre, often sited in the public realm to reach those who might not cross the threshold into a traditional theatre space. She brims with ideas and during the residential, kept popping off to quickly download them onto a seemingly chaotic creative wiki-wall, or making video-selfies of her thoughts. Heather is undoubtedly a creative force to be reckoned with.

Saffy is a choreographer who is driven by process and embraces multi-disciplinary practice. Starting with an ‘inkling’, she experiments and improvises around it until a network of inspiration and ideas emerge. Saffy thinks deeply and laterally, engaging in open-ended choreographic investigations that result in work she describes as ‘non-linear and abstract’. In this respect, Saffy’s process, perhaps, presents the most significant challenge for us all in that it is unequivocally artistically driven. I’m intrigued to see how she will marry her non-linear processes and abstraction with the invitation to develop new work, informed by a heightened audience sensibility, that has the potential to connect more deeply and meaningfully with them. 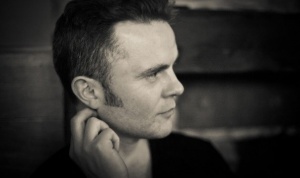 Biff is a quiet spoken musician and frontman to the band A New International who writes exquisite songs that make you gasp at their humanity. Unassuming in a group, he commands your attention in performance with deceptively simple lyrics that unravel the human condition with jaw dropping poetry. Biff wants to entertain, move and connect with people within the shared social experience that is a gig. He is curious about how his songs land and wants to inspire people to approach him and share how they feel. At the residency he played his songs on the guitar and recited some of his lyrics. My heart melted. Biff had me in the palm of his hand.

Different though they are, what unites all three artists is that they are drawn to the BRAW experiment as a means of developing their practice. Once it became clear, however, how situated the new work needed to be, reality hit and questions and concerns surfaced. There was an interesting but not unsurprising tension between artistic processes which are not overtly audience-centric, and the requirement to make work for specific communities. Would the process limit them creatively? How literal does their work need to be? How might they avoid the trap of patronising or stereotyping those communities? Would immersion in ‘place’ successfully ignite a spark of inspiration for a piece when, for some, this is not their natural starting point? Would work situated in one specific place tour successfully to others? All great questions at this point of departure into an open-ended journey.

Questions aside, our artists also recognised that the promoter’s intimate knowledge of place and community would be of immense value as they immersed themselves in those communities, and that,as the promoter’s guests, they needed to be acutely aware of what was at stake for them both emotionally and reputationally. Indeed, the promoters and artists came to realise their responsibility to each other.

As the residency discussions continued, a consensus was reached that over the course of the experiment, artists needed to find ways to honour both their artistic processes and the audience in a way that delivered a degree of personal artistic stretch. It couldn’t be business-as-usual. How they did that was entirely up to them. Whether ‘place’ emerges as an inspiration or a constraint as the BRAW experiment unfolds we shall see.