The Commonwealth Games took place in Glasgow this summer, and as part of this fantastic occasion, culture and heritage were celebrated alongside through the Glasgow 2014 festival. With funding received from Creative Scotland, the Celebrate Fund and the Highland Council, The Touring Network made it possible for Highland promoters to programme some rare performances, ensuring that as much of Scotland as possible was enriched by the cultural celebration of the Games. 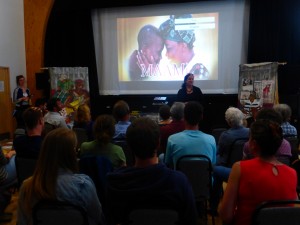 Africa in Motion at An Cridhe, Coll 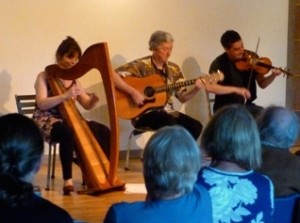 From May to July, performances from New Zealand, Canada, South Africa, and Scotland took place across Caithness, Moray, Inverness-Shire, Skye and Lochalsh, Lochaber, and Argyll and Bute. The majority of these shows were offered to audiences for free, and gave Touring Network promoters the chance to entice new audiences into their venues.

“From a promoter/programmer point of view, I was delighted with the turn out. The total house was about 95, which is the biggest audience I have had for a Sound of Jura concert. We had a very full complement of the island’s young people in the hall, especially in the 17-21 year old demographic, as well as a bevy of under 11’s. The Jura Hall audience had a great night”

In total, 1301 audience members attended the Commonwealth shows, with an average of 57 people at each event. The feedback received from audience members included words such as “moving”, “stimulating”, “eye-opener”, “first class”, “great energy” and “inspiring”.

“It was a fantastic performance that really got the crowd going… so amazing, an incredible experience to be a part of…uplifting, wonderful, free spirits, fun, happy, joyful…South African, living in Dubai visiting Scotland and I  see a Sotho band – priceless!”