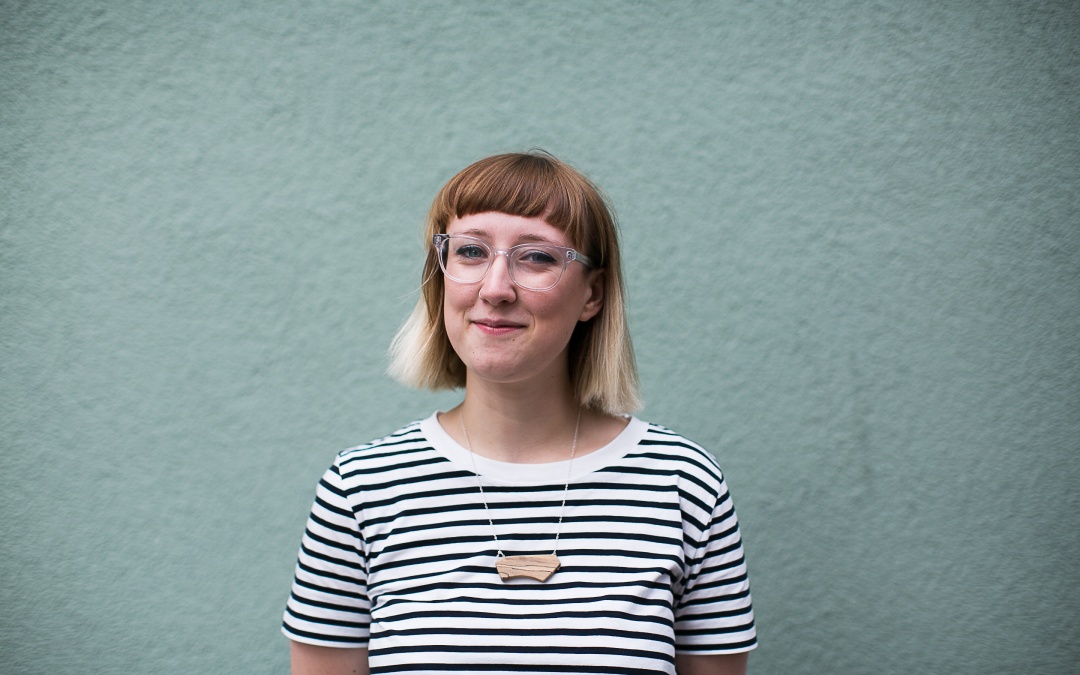 Some of you may recognise Beth Chalmers’ work from here here or here.  This year, we have had the pleasure of having her document our network to create a film for our Heritage project which was premiered at The Gathering on 27th Sept 2018.  You can see the film here now 🙂 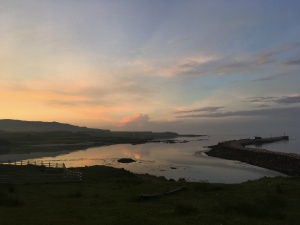 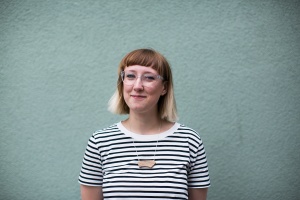 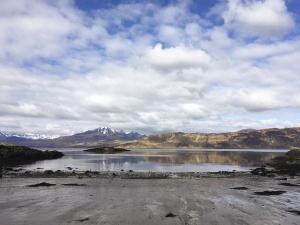 Without giving too much away, what can people expect from your film, Beth?

Expect numerous shots of sheep, a heavy dose of nostalgia, a bit of a laugh and some very familiar faces.

When you set out, did you have a strong idea of how the film would look?

From the get go, we were adamant that the project would be led by the stories of those we interviewed. We did know however, that we wanted to convey a sense of movement and allude to touring. Showing off Scotland’s stunning landscapes was a priority as well.

We shot where the stories led us, so the visual aspect of the film is an authentic exploration of towns, villages, venues in fields and the journeys in between.

Because we decided early on that it was best that the project was led by the stories we heard, it was important for us not to go in with a ‘message’ as such. But our starting point was asking questions based around motivations for being a promoter, the obstacles and the memorable moments – be that hilarious, beautiful or disastrous.

Did the project surprise you at all… in what way?

The weather! I couldn’t believe how warm it was. Whenever I head north, I pack layers so I was very unprepared for the sunshine.

But the biggest surprise was learning about how much each individual who is involved in putting on events actually does. There’s always someone hosting artists, doing the sound, setting up chairs, pouring pints and baking cakes. Sometimes that’s just one person.

Being a promoter requires such a varied skill-set and it was so interesting talking to people who have honed those qualities and are now benefitting their community with them.

We love your style as a film maker, Beth.  Beautifully framed, personal and honest – who do you draw inspiration from when photographing or filming?

I wanted to have faces in the film as the stories are so personal and people-centric but I also wanted to avoid filming interviews as it didn’t feel visually interesting enough. The compromise then, was the moving portraits.

I absolutely love portraiture and I think that has informed a section of the film. One of my favourite portrait photographers is Mike Schreiber. He has an amazing photo book called ‘True Hip Hop’ featuring photographs of rappers throughout the 80s and 90s. It’s definitely worth picking up if you ever come across it.

I love Sarah Amy Fishlock’s work too. She’s Glasgow based and has a beautiful way of capturing space and mood in her work. She has made a really great photo book about the Citizen’s theatre which has the juxtaposition of people and environment that I really hoped to achieve in the film.

And of course, it was necessary to draw inspiration from Colin Prior for the landscape aspect of this project.

5 tips for any filmakers looking to undertake a film project like this in the Highlands & Islands?

– Don’t put your camera away until you go to sleep. There’s always something happening behind (or in front of) the scenes.

– Have a spare battery in every pocket.

– Check where the nearest petrol station is (and it’s opening hours) or you’ll be in for some very long walks.

– Don’t try and direct your film. The beautiful thing about documentative work is that it leads and you follow.

Were there any particularly favourite places or things to film? Why?

I loved being on Eigg. It’s one of my favourite places in the world and being there with local promoter, Lucy Conway, meant that I was able to see the island in a way that I hadn’t previously.

It was the most glorious weather so we climbed the Sgurr to get some footage from the top and jumped in a little loch to cool off on the way back down. Watching the sun setting over Rum from Laig Bay was a completely stunning moment.

I couldn’t believe it was part of our job to be there.

During filming, I was able to see some really great shows. One that stood out for me was the first trip I made. I travelled from Glasgow to Gourock and hopped across the water to Dunoon to film Martin Simpson at Dunoon Burgh Hall.

I feel like Jenny Macfie summed up the experience for me when she spoke about magical moments at gigs she has put on.

‘When nobody moves or breathes because they don’t want to miss a note… You don’t often get that.

WATCH “IF WE DIDN’T HAVE ALL THAT” NOW