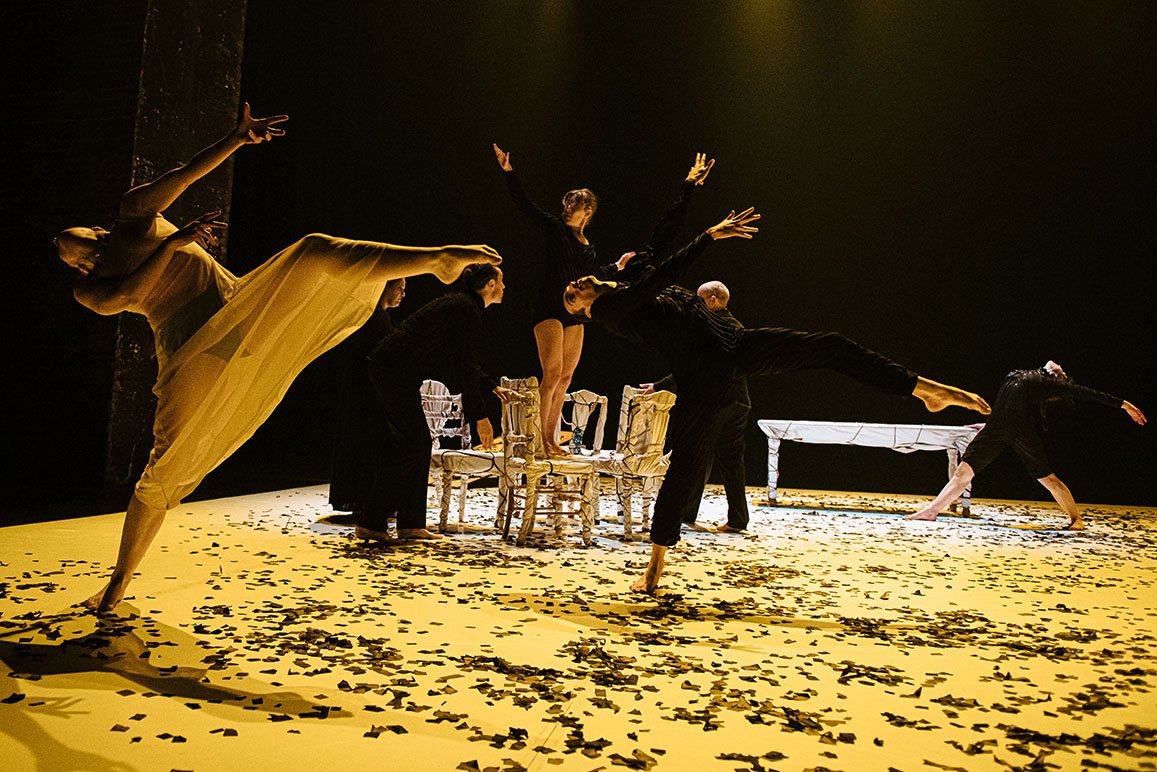 “Endling uses dance, vocals, music and design to reimagine tales of funerals and the mourning rituals of Scottish and Irish Gaels, with their chants, songs and customs. The-Rob Heaslip Company-unites popular and folk culture to create a tale of collective memory and consciousness in a world tinged with acid pink, green and purple. Contemporary meets traditional, macabre meets joyful, and morbid fascination is welcomed into the raucous world of a Gaelic wake. Staged with live Gaelic singing.-Please note: there is partial nudity in this show. Age guidance 12+
‘There are many visually striking moments in Rob Heaslip’s new work about the old Gaelic rituals of mourning. ‘-The Herald” heas heas

Tickets are also available in the Phoenix Stores (you need to go in person) usually two or three weeks before each event (no booking fee). Phoenix Stores is located just inside the entrance to the Findhorn Foundation ecovillage (the address is: The Park, Findhorn, Forres IV36 3TZ)