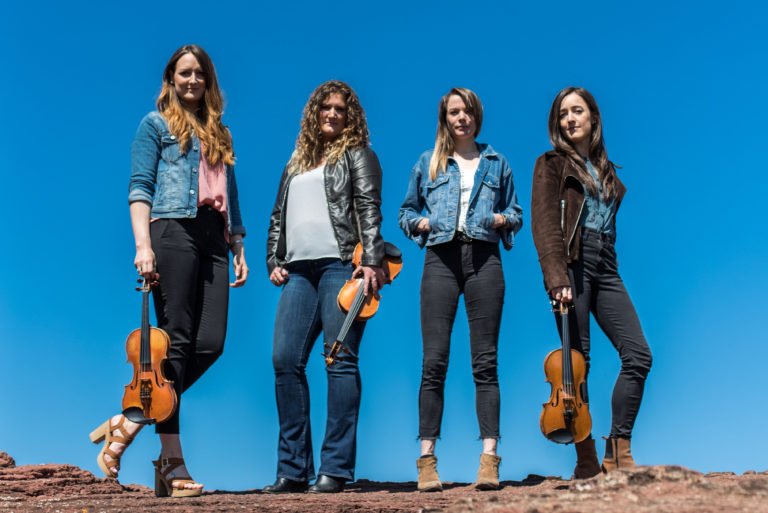 Following their debut release Cross the Line in 2016, Orcadian folk Quartet FARA are touring the UK to coincide with the October 2018 release of their second album, Times from Times Fall. Comprised entirely of self-penned songs and instrumental tracks, FARA will celebrate the community which inspired them to become musicians – an album rooted in the spirit of the Orkney Isles and its people. The songs incorporate words by Orcadian poets: George McKay Brown, Edwin Muir and Christina Costie, whilst also pointing in new directions to celebrate the ever-expanding Orcadian folk tradition.’Fantastic playing, clearly loving what they are doing; what more could you want in a show?’ BBC Radio Scotland

Concession Price
£12
Other Price
£10 U16s
In Person Booking
Tickets are also available in the Phoenix Stores (you need to go in person) usually two or three weeks before each event (no booking fee). Phoenix Stores is located just inside the entrance to the Findhorn Foundation ecovillage (the address is: The Park, Findhorn, Forres IV36 3TZ)
Promoter
Universal Hall Promotions
Promoter URL
http://universalhall.co.uk/