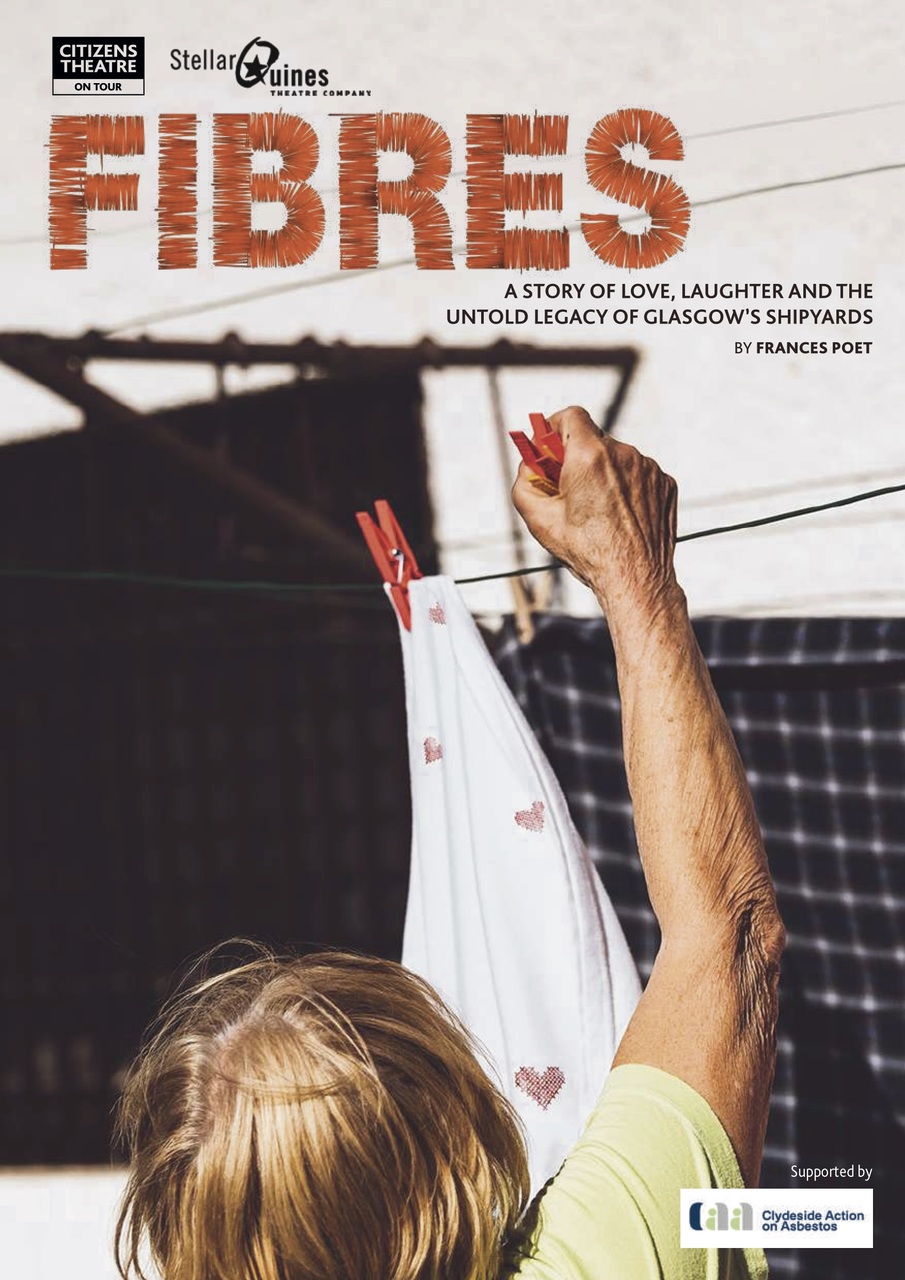 A story of love, laughter and the untold legacy of Glasgow’s shipyards

Written by Frances Poet and Directed by Jemima Levick

“We were two weans playing at wee hooses, him in his first job and me being the good wife doing his washing. Now we’re both paying the price.”

Jack is proud of his work at the Clyde shipyards. His wife, Beanie, who is nursing him through asbestosis, thinks he’s a fool. But the real test of their marriage comes when they discover that the dusty overalls Jack brought home to be washed by Beanie, poisoned her too. This isn’t what she thought Jack meant when he promised “what’s mine is yours”.

Meanwhile their daughter, Lucy, attempts to overcome her grief. Will she be held back by her parents’ experience, or will she have the courage to allow romance to blossom with Pete?

Written by award-winning playwright Frances Poet, Fibres is a big-hearted and laugh out loud play about what it means to entwine our lives with another, in sickness and in health. A story told by four characters who show a very Glaswegian resilience and wit, the play asks can we ever cut the cords that bind us and who will catch us if we do?

With support from Clydeside Action on Asbestos.