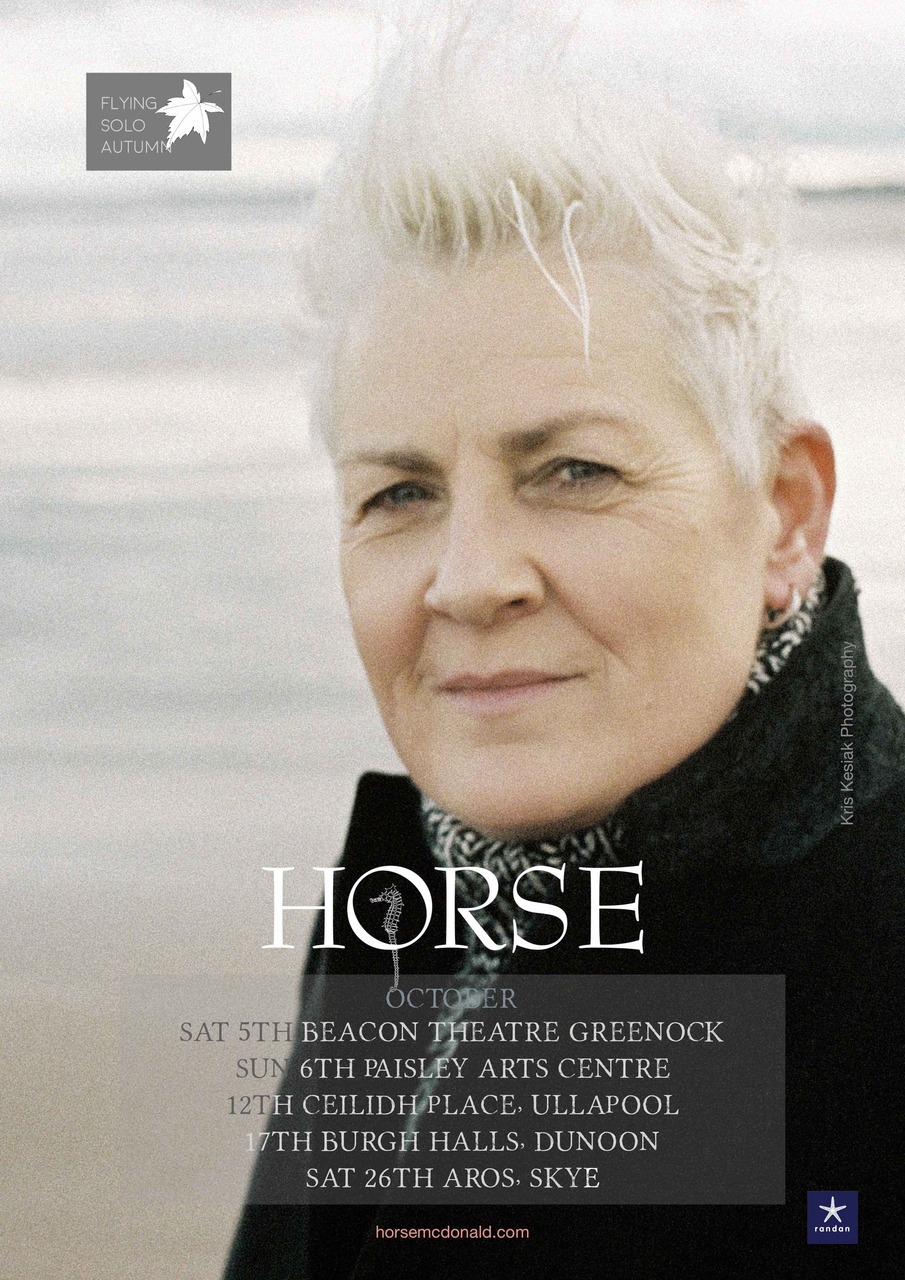 The woman described by Q magazine as having a “soul, deep purr….” “brilliant… McDonald owns one of the finest voices of modern times, soul and intelligence combined”

She’s been writing and performing for over 30 years. From record deals with Capitol and Universal   (Sony) to her own label – Randan, Horse has nine albums under her belt with many classic songs in her back catalogue, including the iconic song ‘Careful’, (covered by Will Young). She has toured many times in her own right throughout the UK and Europe, USA and Australia and has also opened or toured for other artists such as Tina Turner, Bryan Ferry, Burt Bacharach and BB King.

She has received one of The Saltire Society’s Outstanding Women of Scotland Award, the DIVA Hall of Fame Award, Nordoff Robbins Services to music award and is #19 on World Pride List amongst many other accolades.

This is a rare, intimate solo performance in which her voice, in the truest sense, soars. Also an excellent storyteller – she has many tales to tell, funny and poignant.

Songs from the heart and soul with one of Scotland’s greats!