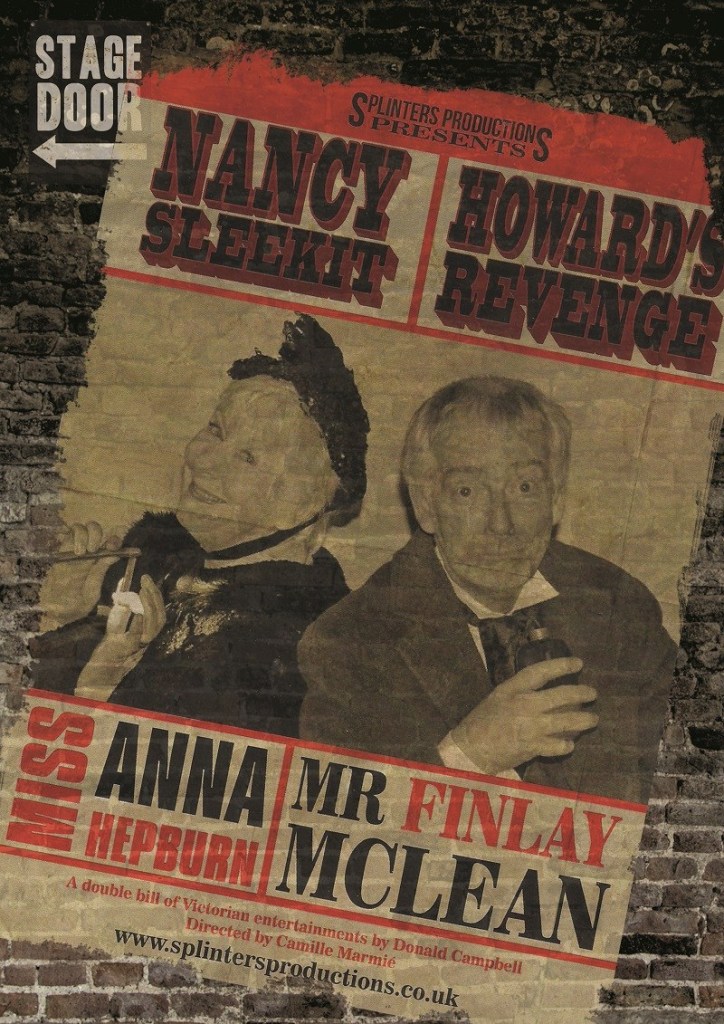 A double-bill of captivating Victorian entertainments, NANCY SLEEKIT, played by Anna Hepburn, is not a woman to be meddled with… recently widowed, she regales us in colourful, expressive Scots with tales of her three husbands – and of their many failings and untimely ends, while HOWARD’S REVENGE, played by Finlay McLean, tells the story of Irish actor-manager JB Howard, who is engaged by the Theatre Royal to perform the role of Rob Roy MacGregor – but behind the scenes lurks a conspiracy, and a story of skullduggery soon surfaces!

Anna Hepburn has worked in TV, film and with various theatre companies throughout Scotland, including Dundee Rep, the Byre Theatre, The Lyceum, Perth Rep, Prime Productions and Stella Quines, and toured Ireland and Canada with her Fringe First one-woman play, Consider the Lilies.

Finlay McLean has worked extensively in theatre, including Marlowe Theatre Canterbury, the Byre Theatre, The Arches, numerous TV productions, including Rebus, Taggart, Waterloo Road, Burnistoun and Scot Squad, and a number of films including Senseless, Regeneration and Hector.

… a spellbinding performance… THE HERALD (on Anna Hepburn, Consider the Lilies)
Finlay McLean’s performance… is convincing and accomplished THE STAGE (on Wendlebury)