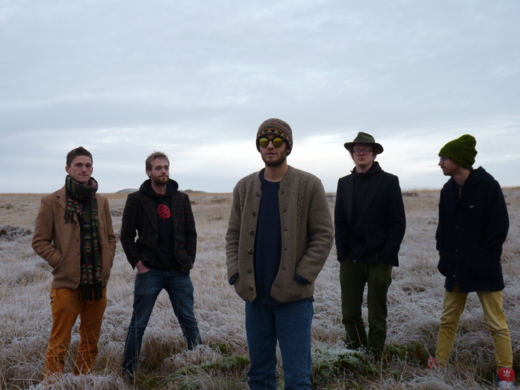 Indie-folk duo Hannah Fisher and Sorren Maclean play a mix of original and contemporary songs and tunes, blending rich vocal harmonies with bluegrass influenced fiddle tunes. When not writing, recording and performing together, both Hannah and Sorren tour extensively with Idlewild, Roddy Woomble, King Creosote and Karen Matheson. Both have released solo records in the past year and are working on Hannah’s debut album due for released in 2017. Having recently played alongside Ricki-Lee Jones and Turin Brakes at Celtic Connections, they perform  new material from their forthcoming duo album.

Samson Sounds is an up-coming outfit within the city of Glasgow who incorporate musical elements from African highlife and blues, to Kwaito and steppas with a heavyweight dub bass. Their live show is a great fusion of live playing and soundsystem selection, with their productions overlaid with trombone, guitar and vocals. The grooves played are tight, solid and never fail to bring warm happy vibes to any crowd.

Samson Sounds began life as a soundsystem with DJing and solo productions by Anders Samson. The band began in earnest when King Raja and Willie G joined, bringing trombone and guitar to the table. From here the sound really progressed. Willie’s rapid African plucking and Rajas melodic brass gave a much wider scope to push the boundaries out from the solely electronic, into a fresh blend of live instruments and digital sounds. With the addition of singer Easy Oze in early 2012 the group had reached the fullness of today.

This event is part of The Touring Network’s Spring Gathering.