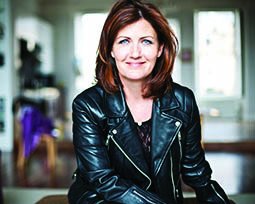 Widely recognised as the compelling vocals of Capercaillie, Karen has been involved in various projects of collaboration worldwide including the BBC series Transatlantic Sessions, where she has filmed tracks with artists like James Taylor, Emmylou Harris and The McGarrigle Sisters. Her stunning rendition of Ae fond kiss; stole the show at the closing ceremony of the Commonwealth games in Glasgow, to a televised audience of over a billion people.

Concession Price
15
In Person Booking
There are three ways to buy tickets: (1) On wegottickets.com; (2) In the Phoenix Community Store at The Park, Findhorn, Forres IV36 3TZ, usually two or three weeks before each event (no booking fee). N.b. the Phoenix no longer takes phone reservations; or (3) Send us an email (uhall@findhorn.org) to reserve tickets that you can collect and pay for on the night. We will do this except for events where we expect a sell-out crowd  in which case we will ask you to purchase in advance.