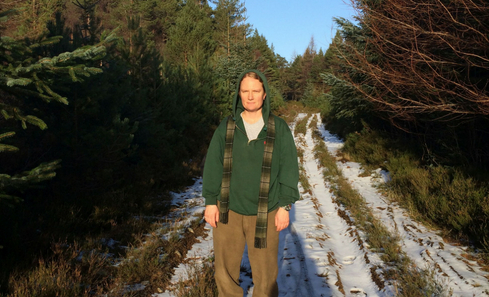 The first screening in the UK of SaF05: the single channel video work by the Glasgow-based artist Charlotte Prodger. Commissioned by Scotland + Venice, SaF05 is currently being presented as part of the Collateral Events of the 58th International Art Exhibition – La Biennale di Venezia. This major new work builds upon Prodger’s sustained exploration of subjectivity, self-determination and queerness. It is the last in a trilogy of videos that began with Stoneymollan Trail (2015) followed by BRIDGIT (2016), for which she was awarded the 2018 Turner Prize. The work has been curated by Linsey Young in partnership with Cove Park, Scotland’s international artists’ residency centre, where the work was developed in its early stages.

This special event marks the launch of The Scottish Tour of SaF05. The screening will be introduced by members of the Scotland + Venice team and will be followed by the premiere of the short film The Making of Scotland + Venice 2019, by Connolly Clark Films.