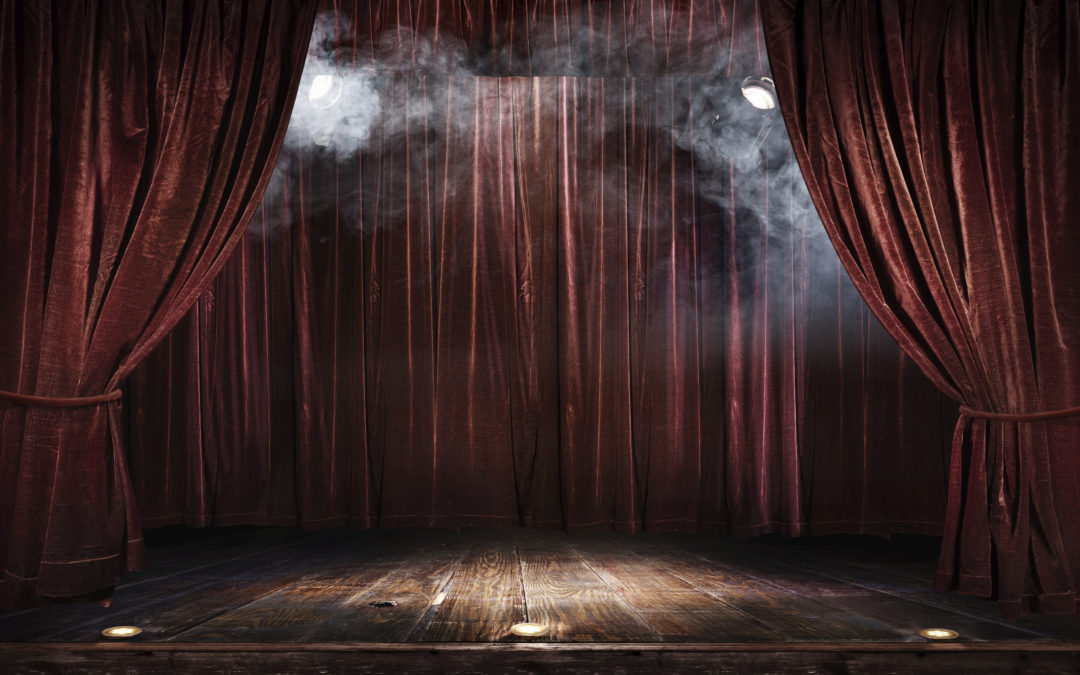 Our GET IN Youth Promoters have had a busy Spring, hosting performances by three fantastic acts in their community venues across the Highlands & Islands.

Mikey Kirkpatrick aka Bird Radio, singer and multi-instrumentalist described as ‘folk-horror of the darkest hue’ kicked off the GET IN presents season in February with tour dates in Orkney, hosted by the Orkney Arts Society, and Inverness, hosted by youth promoter Amy Boyle.

In late March, two of Scotland’s most highly regarded instrumentalists and composers in traditional music Mike Vass & Mairearad Green, along with Sean Gray, toured to Mike’s hometown of Nairn, which was hosted by GET IN graduate Chloe Rodgers. It was swiftly followed by Edderton near Tain, hosted by youth promoter Ruairidh Gollan, and with a final date in Sleat on the Isle of Skye, hosted by SEALL.

While audiences in the north were enjoying Mike & Mairearad’s tunes, audiences in Argyll were rolling in the aisles / isles (;-)) during Carina Macleod‘s comedy show Fibro My Arth – her painfully funny account of life with fibromyalgia and osteoarthritis. Carina toured to Lochgoilhead, hosted by Argyll Arts Collective, before travelling to Islay for a performance at Bruichladdich Village Hall, hosted by GET IN graduate Kerry Baker of Island Music & Culture. After a few days recovery at home in Glasgow, Carina was back on the road the following week, this time heading north to Resolis in the Black Isle, hosted by youth promoter Alice Taylor and Resolis Community Arts, and a final sold-out performance at The Muir Hub in Muir of Ord, hosted by youth promoter Lewis Mackenzie.

“I guess I was a wee bit apprehensive putting my show in the hands of other promoters, but I had a fantastic experience with the GET IN tour. I’m really pleased to have been part of this venture and would not hesitate to do so again. Great audiences, lovely venues, and hard working promoters. What more could you ask for?” Carina McLeod 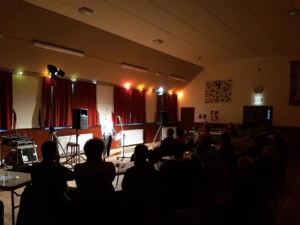 The GET IN presents collective of youth promoters did a fantastic job, pulling in some great crowds for their events, with an average audience size of 46 per performance across the season.

“We’re delighted with the amount of commitment, enthusiasm and professionalism the youth promoters have devoted to this project, and we’re looking forward  to continuing to work with them in the future. We’re pretty sure they’ve enjoyed it too and have learned lots from the experience! Thanks to everyone who has contributed – especially existing members who have mentored the participants throughout the programme.”

What’s next for the GET IN Youth Promoters?

After a couple of months reflecting on their successful events, we’ll be bringing the GET IN youth promoters together early in the summer to discuss their programming ideas for the next year, and we hope to see some more remarkable tours out on the road under the GET IN presents banner this Autumn.

What’s next for the GET IN programme?

The GET IN programme has been a 2 year pilot, with lots of ups and downs, and some really great outcomes. The programme has been evaluated by Queen Margaret University over the past year, and once we receive the final evaluation report, we’ll be reflecting on the programme with the participants and developing it further, with a view to recruiting our next cohort of GET IN youth promoters early next year.