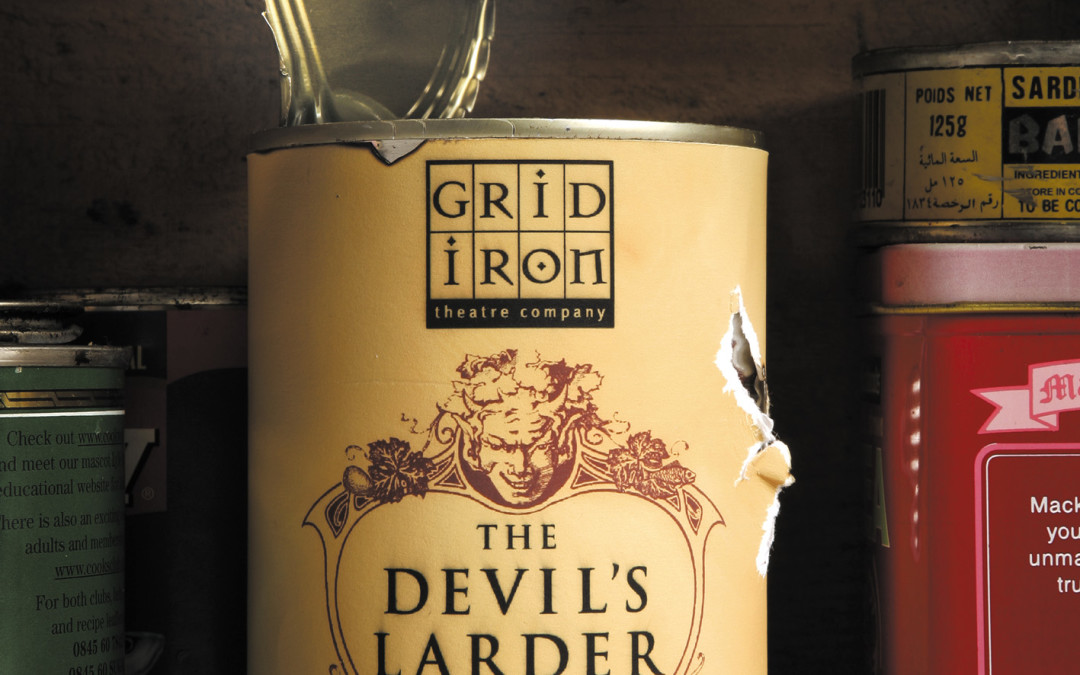 We are very excited to announce that prestigious site-specific specialist’s, Grid Iron are bringing their Fringe hit, The Devil’s Larder, to the Highlands and Argyll for the first time this November, with the support of The Touring Network.

Based on the novel by Jim Crace and adapted by Ben Harrison, live music and story-telling will take audiences into the depths of the underworld.

As one of the company’s most successful and best-loved shows, The Devil’s Larder explores the impact of food on human society and has received many awards, including a Scotsman Fringe First and a Herald Archangel when it played at the Debenhams store on Princes Street during the 2005 Edinburgh Fringe. The production also went on to receive nominations in the Critics Awards for Theatre in Scotland in the categories of Best Director, Best Ensemble, Best Male Performance and Best Use of Music.

Now, 10 years later, Jim Crace’s teasingly dark novella will take audiences on a journey into a culinary underworld; an uncanny, uncomfortable examination of the envy, love, revenge, hypocrisy, loss and lust which see beneath the false calm of the menu, the shopping list and the recipe. Ben Harrison’s adaptation waves a sinuous and treacherous path from narrative episode to story-telling, from installation to song, with live music performed by David Paul Jones and The Poozies harpist, Mary Macmaster.

The Devil’s Larder is a site-responsive, promenade theatre production which will adapt itself into four very different venues on its 2015 tour of Scotland. In Edinburgh, The Devil’s Larder appears as part of the Traverse Theatre’s autumn season, in its own venue The Custom’s House on Leith’s trendy Shore, and in Selkirk, The Haining provides quite a different context for the production. With the support of The Touring Network, the show will then tour to the Rockfield Centre in Oban and The Melvich Hotel on the very north coast of Scotland.

Details of The Touring Network supported dates can be found here:

Promoters from within The Touring Network are invited to apply for a Go See bursary to attend the event either in Oban on 6, 7 or 8 or Melvich on 13, 14 or 15 Nov.

The tour is supported by Creative Scotland, Scottish Historic Buildings Trust, The Touring Network and The Haining Charitable Trust.

CANCELLED - The Cheviot, the Stag and the Black, Black Oil

CANCELLED - The Cheviot, the Stag and the Black, Black Oil