Heritage of Touring Live Performances in the Highlands & Islands

The Touring Network have been granted funding from the Heritage Lottery Fund to embark on a new project which will document and celebrate the impact of volunteer promoters and their effect on communities in the Highlands and Islands of Scotland over the period of the last 40 years.  The Touring Network seeks to capture their findings via the:

These will be premiered at their Annual Gathering in 2018 afterwhich it will tour the Network’s community spaces to further raise awareness and celebrate the impact of Touring Network promoters over the past 40 years.

A bit about where The Touring Network started…

The roots of The Touring Network stemmed from a group of volunteers in the 1970’s (then known as PAN) who started programming and delivering touring theatre shows, determined that their communities should not miss out on the cultural activity that was available in the central belt. Over the years this activity has developed into a formal constitution which has successfully delivered a dynamic, eclectic and diverse ongoing programme of high quality live events to remote communities in their community spaces throughout the region.  These events have inspired new work, debate and discussion and formed the back-bone of many communities’ social circles.

Why this project now?

The instigators of this movement are now reaching retirement age, and as they are gradually being replaced with successors and as the network grows and changes, we are keen that the history of this remarkable story is not lost and would like to create a lasting documentation of this story to date.

How can I get involved?

Communities and Promoters: We will curate a series of workshops within communities to collect stories, raise awareness of promoter activity and to identify documents and archive material. The workshops will bring communities cohesively together – linking them through a collective history around the important role arts and social activity has played in their communities.

Audiences – We will create presence both on- and off-line, throughout 2018, to ensure that all communities involved in the network, past and present, have the opportunity to take part. The documentary film and archived material will be made accessible online via our website

Film-maker and Researcher – We will shortly be appointing a Film-maker and researcher who over the course of a 9 month period will work to create a short documentary of oral histories combined with new and existing archive footage, which will be premiered at our annual Gathering in September 2018, alongside an interactive display and appropriately archived materials. See Job Info here (deadline: Jan 2018)

Have you got any photos / videos / posters / stories? Until we have have appointed our researcher or developed our online archive drop, do bear this project in mind as we want to share your story! 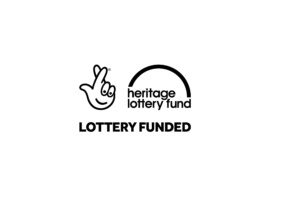