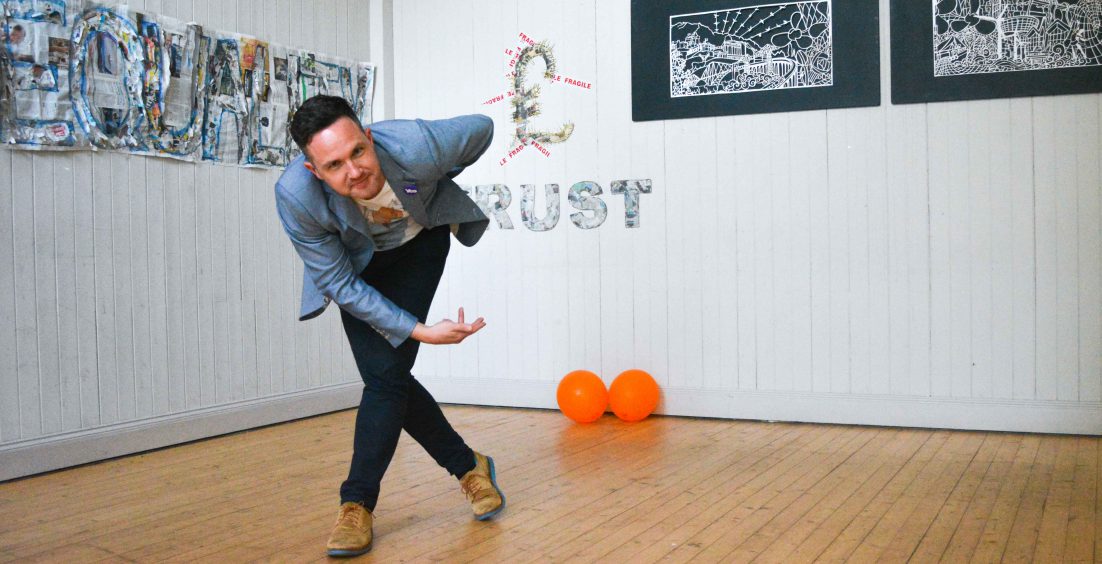 Alan Bissett is a playwright, novelist and performer whose work tackles themes of class, Scottishness and gender in a way that is humourous and entertaining, reaching out to non-traditional theatre-going audiences as much as it does regular theatre-goers.

In 2012 he was named Glenfiddich Spirit of Scotland Writer of the Year and in 2013 was shortlisted for the Creative Scotland/Daily Record Literature Award.  The plays which he has written, performed and self-produced with director Sacha Kyle are The Moira Monologues (2009), The Red Hourglass (2012) and Ban This Filth! (2013), shortlisted for an Amnesty International Freedom of Expression Award.

Other plays include The Ching Room (Traverse/Oran Mor 2009), Turbo Folk (Oran Mor 2010) which was shortlisted for Best New Play at the CATs Awards, The Confidant (NTS/Oran Mor 2011), Pinnochio (Arches 2011), Nikki and the Gang (Youth Musical Theatre 2012), Jock: Scotland on Trial (Tron 2014), The Pure, the Dead and the Brilliant (Assembly Rooms 2014), What the F**kirk? (Falkirk Community Trust 2015) and his play about ex-Pink Floyd frontman Syd Barrett, One Thinks of it all as a Dream (Oran Mor/Scottish Mental Health Arts and Film Festival 2016).

His Collected Plays were published by Freight in 2015 and his most recent show, (More) Moira Monologues, the sequel to his 2009 original, won a Fringe First at the Edinburgh Fringe in 2017, as well as a string of five-star reviews.

The short film which he wrote and narrated, The Shutdown (2009), won numerous awards at international and domestic film festivals.

Alan’s prose work includes essays for The Scotsman, blogs for The Guardian, plus four novels: Boyracers (Polygon 2001), The Incredible Adam Spark (Headline 2005), Death of a Ladies’ Man (Hachette 2009) and Pack Men (Hachette 2011), the latter two of which were both shortlisted for the Scottish Mortgage Investment Trust Fiction of the Year Prize.  He was short- or longlisted for the Macallan/Scotland on Sunday Short-Story Competition four years running between 1999 and 2002 and has edited five anthologies of fiction, plus a book of essays on Scottish independence and Glasgow Rangers FC.

Alan is a former lecturer in Creative Writing at the Universities of Leeds and Glasgow and has performed his work at numerous international festivals, including Toronto, New York, Bejing, Melbourne, The Hague and Lagos.  He has also acted in Gregory Burke’s Battery Farm (Oran Mor 2012), directed by David MacLennan.

In 2015 Alan had a street named after him – ‘Bissett Court’ – in Hallglen, the Falkirk housing scheme where he grew up.  In November 2016 he was awarded an Honorary Doctorate by the University of Stirling for his contribution to Scottish culture.

Are you a member? Connect with Alan