At the edge of a sand dune/wilderness area, the hall was built to be a theatre and meeting point for the Findhorn Foundation and Community.

The Universal Hall was built as a labour of love by literally thousands of people (mostly volunteers visiting or living at the Findhorn Foundation Community) in the ten years from 1974 to 1984. Its basic shape is a pentagon and, at its heart, is an auditorium that will seat 280 people comfortably and up to 400 on a ‘get-well-aquainted’ basis. The Auditorium is primarily used for music, drama, dance and mixed media shows and makes a great conference venue.

From the exterior you can get a good view of the glass roof lantern, again pentagonal in shape, giving the building a highly unusual outline. Located at the edge of a sand dune/wilderness area, the Universal Hall was built to be the theatre, conference centre and meeting point for the Findhorn Foundation and Community. 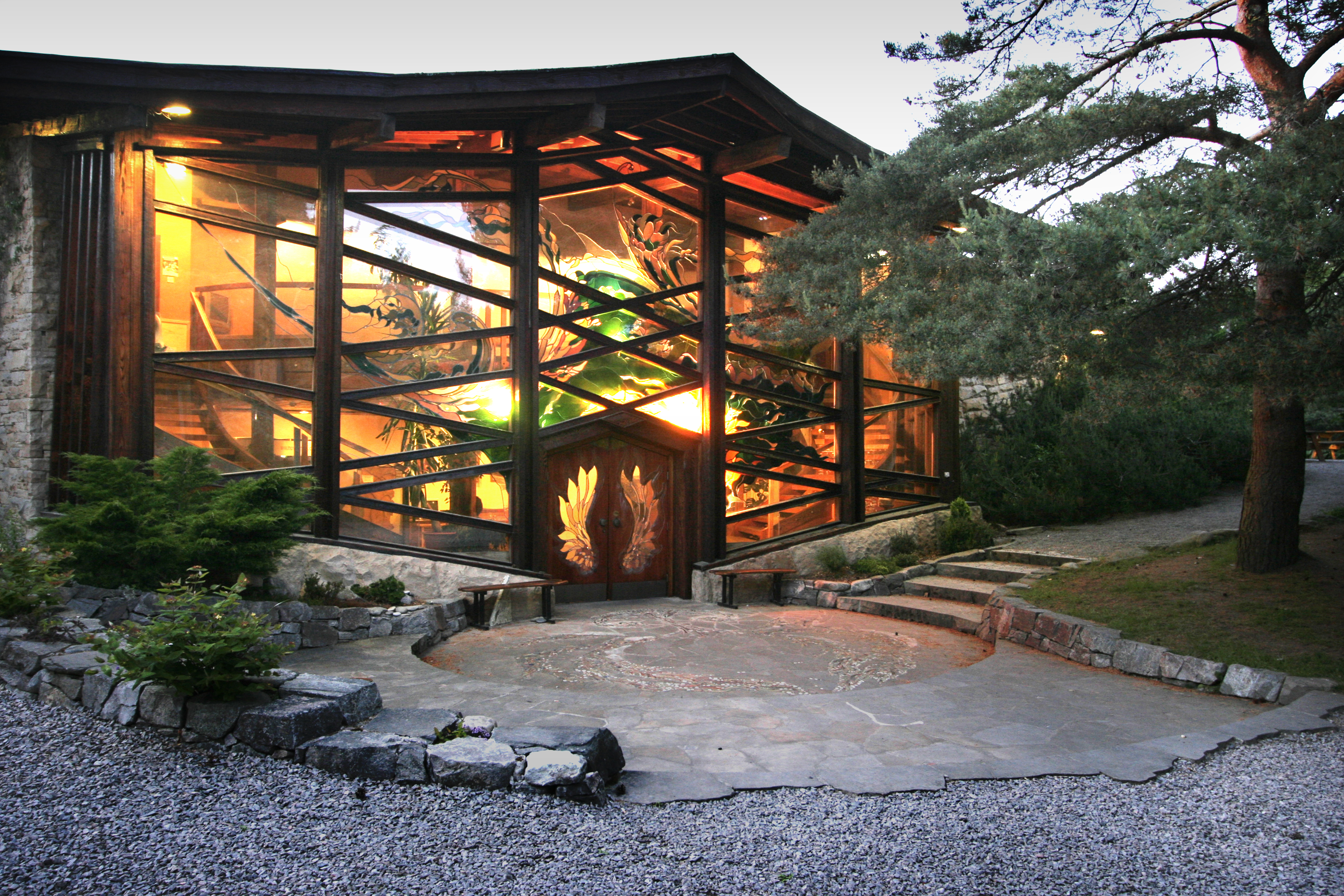